2018 Roundup: Cheers to My Creative Community


2018 was another great year for my creative communities. I'm always blown away by how generous my writing friends are. Here are some of the awesome people I've connected with on my writing journey this year (and some of their super cool books coming out in 2019!):

1. My Picture Book Critique Group, with 3 picture books coming out in 2019


Going on our sixth year, my picture book critique group, the Penguin Posse, started out as a group of unpublished and un-agented authors. By the end of next year, almost all of us will have agents or books out. I'm so psyched for these 2019 releases:

Reneé LaTulippe & Sylvia Liu, our poems in THANKU: POEMS OF GRATITUDE, edited by Miranda Paul & illustrated by Marlena Myles (Lerner/Millbrook, Fall 2019) (both Reneé and I have poems in this anthology. I definitely have imposter syndrome being a part of this lineup: Jane Yolen, Young People's Poet Laureate Margarita Engle, and others!)

This year, I workshopped my MG novel at The Muse Writers Center, a writing center in Norfolk, VA, where I take classes as well as teach a picture book class. One workshop was led by Ellen Bryson (The Transformation of Bartholomew Fortuno) before she moved to Paris, and my current one is led by Lydia Netzer (How to Tell Toledo From the Night Sky, Shine Shine Shine).

I can't wait to own Hannah Capin's forthcoming book, THE DEAD QUEEN'S CLUB (Inkyard Press, Jan. 29, 2019), a re-telling of the story King Henry VIII and his wives, set in high school: 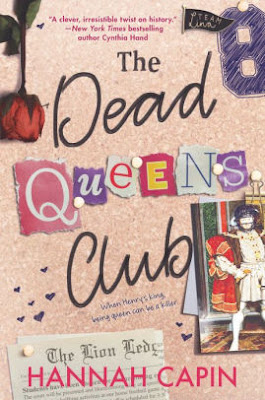 Last Spring, I was accepted as a mentee for Author Mentor Match, a program that pairs published MG and YA authors with un-agented and unpublished MG & YA authors. This was a game changer for me. I got paired with Tae Keller, MG author of The Science of Breakable Things (Random House for Young Readers, 2018).

Tae was an incredible mentor, giving me such helpful and detailed feedback in two rounds of revisions. Her first edit letter was 10 single-spaced pages, complete with graphs. With her help, I was able to significantly transform my middle grade manuscript currently on submission with agents. Everyone needs to read her debut MG novel immediately: 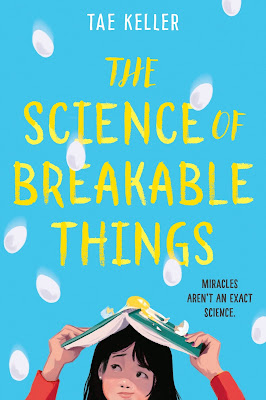 Another author friend I met through Author Mentor Match was Julie Abe, who also gave me great feedback on my manuscript. She had a big year, landing an agent and selling her book. Be on the lookout for her book, EVA EVERGREEN, SEMI-MAGICAL WITCH (Little Brown Children's) in 2020:

And special thanks to my writing friend Kristen Schroeder for clueing me into AMM!

In May, I attended the Big Sur in the Rockies conference, a workshop put on by Andrea Brown Literary Agency. One of my local picture book writing friends, Ginger Weddle, also went. This is a weekend where writers workshop their manuscripts with two professionals (authors, editors, or agents) in two workshops. I workshopped my MG novel with agent Jennifer March Soloway and author Melanie Crowder (The Lighthouse Between Worlds & many others). Both of these workshop leaders were amazing and I learned so much from them.

At Big Sur, I met the talented MG & PB author Kim Tomsic (The 11:11 Wish), and we have since traded critiques on our manuscripts. Her forthcoming PB, Guitar Genius: How Les Paul Engineered the Solid Body Electric Guitar and Rocked the World, illustrated by Brett Helquist (Chronicle Books, April 2019) looks great: 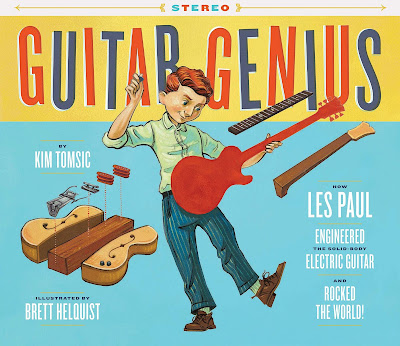 Another highlight: I met Julie Hedlund, founder of the picture book 12x12 Challenge, in person, for the first time since we became online friends six years ago.

A really cool thing happened this summer. One of my illustrator friends, Kathryn Ault Noble, posted sci-fi images she was playing around with. I loved the vibe so much, and I've always admired Kathryn's work, so I commissioned her to make an illustration for my work in progress novel (who said you have to wait until you're published, right?). She ended up creating this amazing piece that I'm so in love with:

I blogged about the making of this illustration: My Adventure into MG Sci-Fi: The Making of An Illustration.

Elaine and I continue to run the kid lit resource website Kidlit411. We're finishing our fifth year, and we continue to feature weekly author or illustrator interviews and share a weekly post with resource links. Managing our Facebook group of almost 7500 members is always fun & challenging. What I love about this venture is that I'm constantly meeting kid lit authors & illustrators, who inspire me.

I joined editor and author Kate Brauning's Writer's Boot Camp, a program that provides advanced writing craft tips to novelists and a community of writers. As a former editor of Entangled, Kate has a  wealth of industry and editorial experience that she shares in weekly webinars and discussions.

When he was growing up, from age 5 until 30, his father (my grandfather), Chief Special Agent Liu Yiguang, with the Guomingdang Secret Service, was in charge of the house arrest of the famous political prisoner, General Zhang Xueliang. Zhang was responsible for the 1936 Xi'an Incident, which marked a turning point in the Chinese Communist v. Nationalist civil war, that saved the Communist Party and changed Chinese history. In the Xi'an Incident, Zhang Xueliang kidnapped the Chinese leader Chiang Kai-shek and forced him to agree to ally with the Communists to fight Japan, instead of eliminating the Communists as he planned. Today China views Zhang Xueliang as a hero.

After Chiang Kai-shek was released, he placed his former general under house arrest for the next 50 years. For the first 25 of those years, half in mainland China (during the Sino-Japanese war in World War II and the Communist v. Nationalist civil war) and half in Taiwan (where the KMT fled), my grandfather lived with Zhang Xueliang, his wife (and later mistress), and a huge retinue of security. My dad's memoir tells the story of these house arrest years, unknown to the general public until now.

He and I are working on the English translation (hopefully to be completed in 2019). If you read Chinese, check out his book. 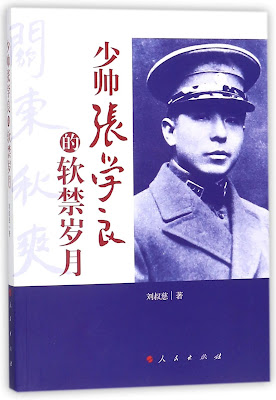 9. My Friends and Family

And through it all, my family & friends continue to support my writing and illustrating efforts, serving as beta readers and cheerleaders. My sister Vivian Liu gave me advice on the genetic science in my story, and my husband and daughters always had the most honest feedback. My college roommate Megan McDonald was another valued critique partner. She recently won the pitch session for her novel-in-progress at the Kauai Writer's Conference, so I'm looking forward to promising things for her next year!


So I've concluded that it takes a village to be an author! I look forward to much more of the same in 2019.