I was going to work on a project, but I did this instead

Are you procrastinating? Check out this handy dandy chart, or my guest post on how commitment devices can help combat procrastination.

If you liked this, check out some of my other comics/infographics. 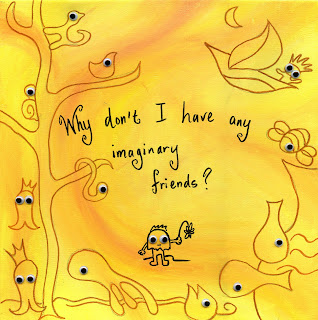 Layers of snakes warming themselves under the sun.
Posted by Sylvia Liu at 12:28 PM 6 comments:

I was always one of those book purists who had no interest in getting an electronic reader. . . until I got an iPad last year.  Now I'm that person who accosts strangers on a plane to tell them how great it is to read e-books ("You can look words up in the dictionary!  You can search for the first time a character comes up!"), as they slowly inch away from me.  I still like to read old-style books, but I have a feeling they may go the way of vinyl records someday.  So here's my take on Books v. E-Readers, told in comic form.  I'm sure there are plenty more arguments each way, and I'd love to hear your views. 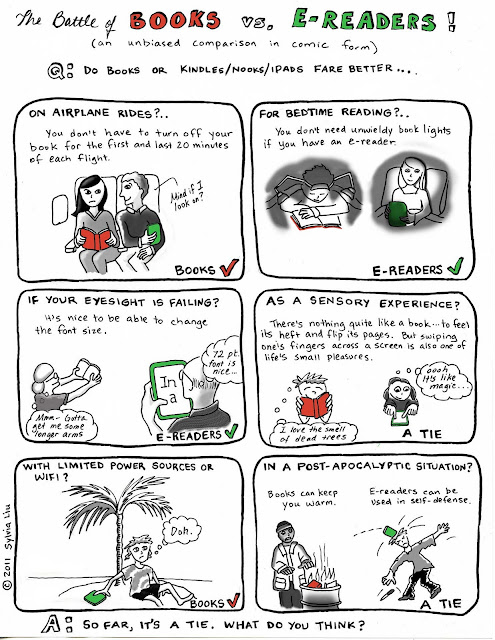 If you liked this post, you may also enjoy:
Posted by Sylvia Liu at 4:10 PM 8 comments:

Review: The Invention of Hugo Cabret

I just read that Brian Selznick's Caldecott-winning book, The Invention of Hugo Cabret (Scholastic, 2007), is being made into a movie directed by Martin Scorcese to be released in November, starring Jude Law, Ben Kinsley, and others.  I was thinking of reviewing this book anyway, so this is a good excuse to revisit this marvel of a book.

At over 500 pages, almost half of which are illustrated in moody pencil sketches, Hugo Cabret is hard to describe.  It is part picture book, part novel, part graphic novel, and part silent movie.  Hugo Cabret is an orphan and clock-tender hiding and living in a French railway station in 1931, whose secretive life is shattered when he's caught stealing a toy from a bitter toy seller at the station.   Soon Hugo is on the run, while trying to solve the mystery of a broken automaton (robot-like machine) poised with pen in hand ready to deliver a message.  With the help of new friends Isabelle and Etienne, Hugo repairs the automaton and discovers its link to Georges Méliès, a giant of silent film, known for one of the first science fiction movies, A Trip to the Moon (1902).  The revelations and plot twists throughout the story are surprising yet inevitable and satisfying.

My 9-year old loved the book, and it inspired us to watch A Trip to the Moon on YouTube.  My 6-year old, however, found some of the pictures too strange and disturbing.  Here's a nice website about the book and movie. 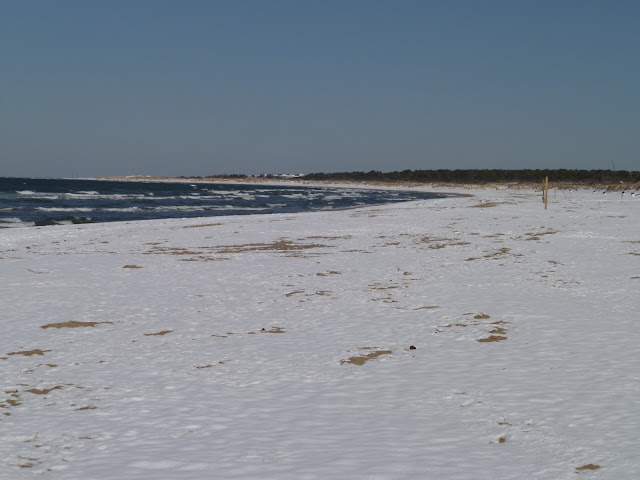 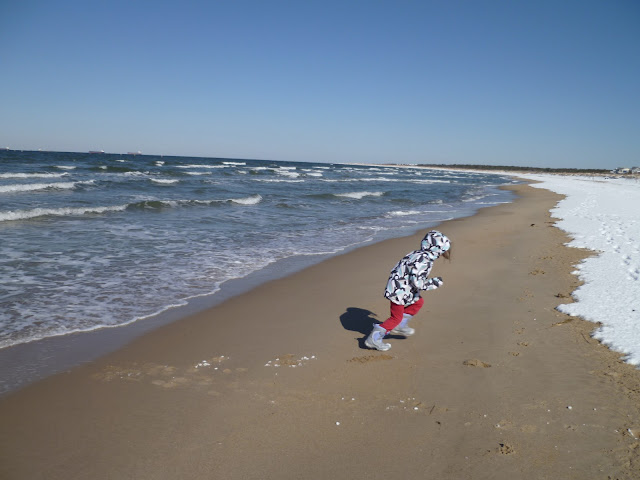 If you want to have a beach all to yourself, just go on a day when there's a light covering of snow.   The girls had a snow day today (for all of 2" of snow which had melted off the roads by noon, but this is Virginia Beach).  I don't think I've actually ever been to a snow-covered beach, so this was a beautiful first for me.

Review: an oldie but a goodie - A Night on Bare Mountain 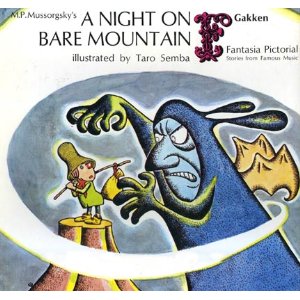 Part of a series of Japanese books that illustrate famous classical music, A Night on Bare Mountain (Gakken, 1971), written by Satoru Sato and illustrated by Taro Semba, tells the story of a traveler who is stranded on Bare Mountain.  During the night, a blue devil calls upon witches, ghosts, skeletons, and egg goblins to celebrate a great drunken festival.  The poor traveler endures the night until the bells of dawn banish the evil spirits.


The story may be familiar to anyone who has watched the "Night on Bald Mountain" section of Disney's Fantasia, but the illustrations are much cuter and child-friendlier.  The smiling ghosts and skeletons may even be the forerunners of the ubiquitous cute critters that are found on kids' clothes and hipster bags today (think Tokidoki).  Like many great children's stories, this book presents danger in a palatable form; in this case, the cuteness of the monsters are reassuring, and all ends well.